The evening’s excitement begins in Oscar’s Bar or on the stoep (verandah) when sundowner cocktails and canapes are served. Dinner is announced (rather dramatically ...) by the sounding of an old-style dinner gong upon which guests, not knowing what to really expect, proceed with curiosity to the intimate Grimaldi’s Theatre Hall where they are ushered to their designated, superbly adorned tables. Starters are served, followed by an exceptional xylophone-alike musical interlude, this time using a novel set of musical bottles. 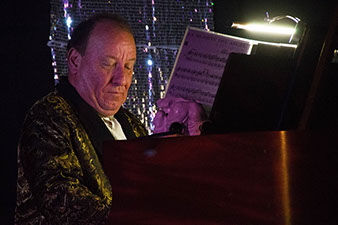 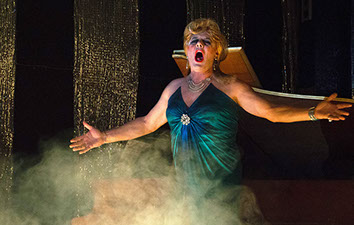 A brief interval precedes the show.

The Steytlerville Follies is a captivating and enthralling cabaret show starring the famous Karoo diva, Dame Leyla Lamborghini performing her dramatic renditions of great songs of yesteryear, presented by maestro Freddy Ferrari with his mastery of the grand piano. Outrageously funny to nostalgic, reflective, and even sad – you’re in for a roller coaster ride of human emotion.

The show duration is approximately an hour and the evening is rounded off with delectable desert and an assortment of cheeses, Cape Ruby and freshly brewed coffee.

This iconic show which is frequently applauded in die media has become an institution in the Eastern Cape’s weekend getaway routine, drawing audiences from nearby and afar. 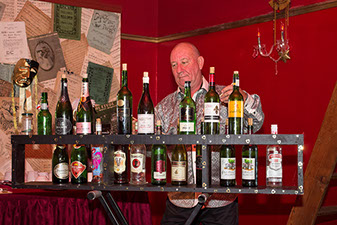 Grimaldi’s Theatre is named after a most interesting little fluffy white dog, mascot of the Karroo Theatrical Hotel. He had a long, adventurous and most unusual life.

Grimaldi was of a noble and highly sought after breed known as the Coton de Tulear, originating from Madagascar. As one of the top performing dog acts in the world, he entertained thousands of people, bringing tears of laughter and touching the hearts of those who attended his performances.

Grimaldi travelled extensively and had his own passport. He particularly loved flying, residing in luxurious hotels and dining in fine restaurants. He performed in many a circus, variety theatre and exclusive supper-club, travelling all over Europe, America and South Africa.

His performance consisted of a fifteen minute long comic routine which was a show-stopper. He summoned tremendous applause which was never less than three minutes in duration. This popularity often proved to be a source of great annoyance with his rather egocentric artist colleagues.

Grimaldi was named after the first white-face clown, Joseph Grimaldi who was a comic genius and precursor of Charlie Chaplain, Marcel Marceau and Danny Kaye.

Grimaldi spent two months of the year on vacation in his native Cape Town where he was a celebrity of note. Every evening he insisted on spending an hour or so in the local pub where he had a permanently reserved bar stool and enjoyed the full attention of fellow patrons. Being an impeccably well-mannered gentleman of note, Grimaldi was always immaculately groomed, flaunting a diamond-studded collar.

He retired from theatre and moved back to South Africa in 2002, making the Karroo Theatrical Hotel in Steytlerville his new home where he resided in bliss. Here he finally found the space to lead an undemanding existence, away from the limelight and free of any stress.

Grimaldi passed away at the age of sixteen, leaving a huge void but such precious memories.

Available every Saturday night.  This remarkable package includes: Accommodation, sundowner cocktails with canapés, a delectable three-course candlelight dinner in a mesmerising setting, our signature cabaret show – The Steytlerville Follies – rounded off with an assortment of cheeses, Cape Ruby and coffee. Also included is a buffet breakfast on Sunday morning. 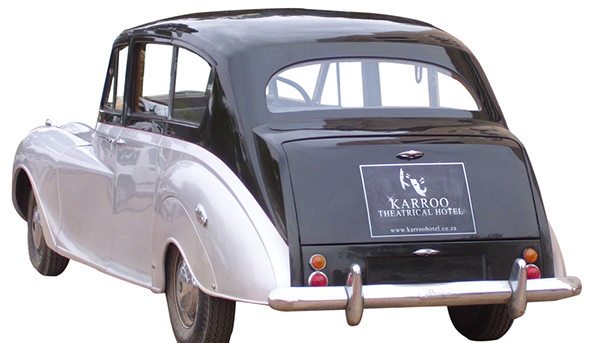